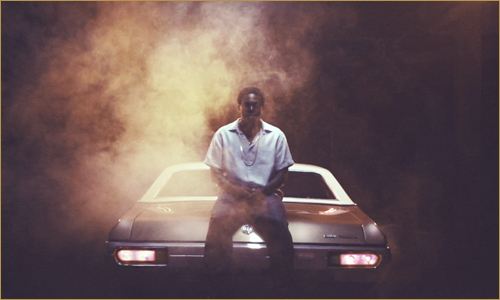 Here’s a new dude a stumbled upon that isn’t half bad. I think most of you will dig this because he has some mainstream appeal, not the greatest flow but he has a voice a bit reminiscent of Wiz Khalifa except he actually tries to rap while Wiz says one word every 2 seconds. Plus, he isn’t a weed rapper and that changes his voice significantly. And he appeals to me because of the production since his main producer, Russ always seems to find some good samples to repeatedly fuse into the beat.

Bugus – Monkey With A Camera (Album)