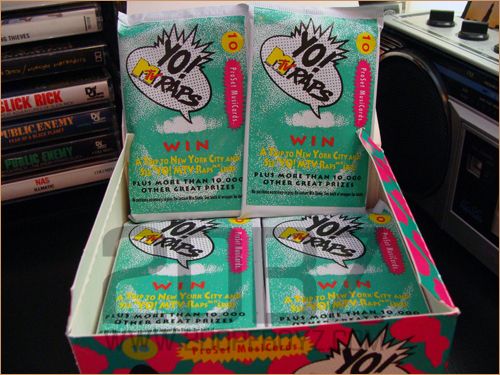 Wow this is so great. I guess MTV Networks is following suit with what they did with Nickelodeon in bring those 90s shows back. MTV Raps aired from 1988-1995, too early for a lot of us, including myself. I have seen plenty of the episodes and it always makes me want another show like this with legitimate rappers. Rap City The Basement was BET’s imitation of this show and it was only ended a few years ago but they were pretty awful in the last few years. On December 4th, a new special episode will air. The special will feature the original show’s hosts, Fab 5 Freddy, Ed Lover and Doctor Dre along with special guests that include “Q-Tip, Ice Cube, Wiz Khalifa, Questlove, Busta Rhymes, Young Jeezy, Phife, Common” and much more.

Oh and while I’m here, Busta Rhymes’ original appearances on this show with Leaders of The New School really helped me to dislike him. And now that he is with Young Money, it just goes to show how all he cares about is his money, popularity and being the center of attention.