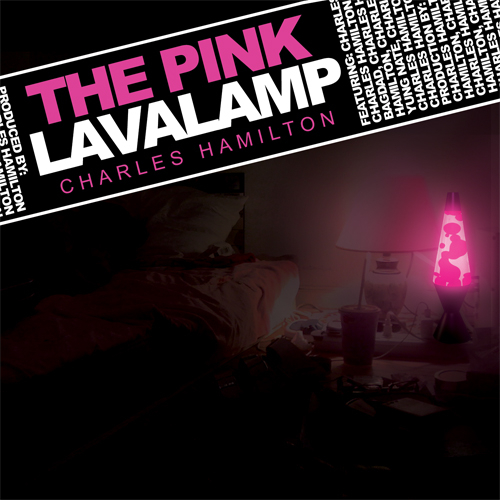 Okay, I stole that from his last.fm page, but I honestly don’t think I could come up with a better explanation to describe Charles Hamilton.  And I wouldn’t change a thing about him.

You probably have seen some of the songs and mixtapes I’ve been posting from him lately (hopefully you are listening to them), and being like yo, how does this cat release so much stuff in such a little amount of time.  Well that’s because he doesn’t take his time anymore.  The rhymes are still incredible for him pretty much freestyling, but Charles Hamilton is one of the most creative people in the MUSIC INDUSTRY and he should be making better beats.  Want to know why he is one of the most creative people’s in the music industry? Listen to The Pink Lavalamp.

The Pink Lavalamp was released as a free album on December 8th, 2008.  The album was later supposed to be released as an album while signed on Interscope, but Hamilton refused to add his first official single Brooklyn Girls to this album, even as a bonus track.  I respect him so much for doing that, but that’s for a different time.

The Pink Lavalamp is often considered to be one of the best mixtapes released in the last 5 years by many hip hop heads.  The Pink Lavalamp features 15 songs, and only two features, one from Yung Nate and the other with Bagdad.  Charles produced this whole album, and rapped his ass off as well.  I really don’t have much else to say besides to download this mixtape immediately and listen to it.  This is  the definition of head phone music.   UPDATE: Added the tracklist with Charles Hamiltion’s explanation of each song.. INCREDIBLE.

Music (Intro): “I have always said that I am music. Granted that’s a phrase that everyone uses, and they have a right to. Even Lil Wayne tattooed it above his eyes. But for me, music is more than just a means of making money. It’s not even a means of art. It’s my way of communicating. My way of thinking. My way of living. I would still be the outcast to ALL OF YOU (execs, fans, friends, family, EVERYONE) if it weren’t for the musical ability I’ve been divinely blessed with by HER (points up to the sky, and glares with red eyes at everyone who’s made fun of my theory on God’s gender).

The first verse I wrote sober at my ex lover’s church. Second verse I wrote at my mother’s house, while high on weed. Third verse… hear it for yourself…”

Loser: “At the time, no one, not even some of my friends, wanted to give me credit for my lyrical ability. Even some of the “battles” I was in, I would lose because they didn’t get my bars. Beyond that, I was always called a loser growing up. I was the kid who wore payless Sonic the Hedgehog sneakers, could impersonate anything I saw on TV, played piano and had HORRIBLE luck with women. To me, this song can tell the future. Because, hey… Now my buzz is off the chain…”

She’s So high: “I was talking about the sample (Breathe, Telepopmusik), a girl used to make love on smack, and god. That’s pretty much the concept of the album. Is it love? Is it the love music? Do drugs bring me closer to my love of music? Do I love myself? Does the music come from me? I guess all the doubt comes from the…”

Voices: “I hear voices in my head, to this day. I hear clocks ticking. I hear old and new rivals laughing. I see horrible visions of people’s faces disfigured. And it all comes from my perception of people on the surface. This song is my way of talking back to the voices in my head. I think I should listen to it now. They are coming back pretty strong… I just wink at them… let them feel comfortable as ambient noises as I go through my day-to-day…”

The Boy Who Cried Wolf: “No one ever wants to believe me about anything. No one wanted to believe me when I made Sonic the Hamilton. No one believed I could get a deal. No one believed I’d make it past 18. I myself didn’t believe I could make it past 13, as many suicide attempts I got under my belt. And let’s not forget about the almost overdose days. Yo HchO. Remember AM studios?”

Let Me Live: “It was like a dream come true to work with Bagdad. In high school, he was the coolest n1gga. And since I was using the studio in the high school, I always dreamt of working with him. Sounds cheesy, but whatever… at that point in my life, I just wanted to be happy, and he lives his life very carefree… and I admire that.”

Brighter Days: “Despite my self-constructed hell, I knew brighter days were coming. And by the way, I hate church. Any system of which they tell you what’s right and wrong based on loosely-translated text is wrong. Especially when the person giving the teachings is as guilty as the sinners he’s preaching to.”

The Cookout: “I actually shot up in the booth when I recorded it. I can’t remember if it was a written or a freestyle. But the bars are probably the hardest I spit in that time. Still can’t listen to it without twitching…”

Sat(T)elite: “My love song to… who and whatever I was in love with at the time (yellow?).”

Live Life to the Fullest: “Nate and I had a HUGE falling out around this time. We were once a duo. Honestly, we’re the reason why Kids in the Hall and Cool Kids have the floor to stand on. I thank the bum ass A&R; who refused to sign us because (we weren’t ready) for inspiring other labels to concoct replicas of us. Obviously we’re on good terms now, but we weren’t then. This is one of the songs that was supposed to be on the album “Welcome to the Jungle”. Will that be the next joint to come out the stash?”

Come Back to You: “I put myself in a poisonous relationship in which I vowed I will never leave. I left. And how empty do I feel today? I don’t know. You tell me…”

Latte: “The night before I wrote this song, I shot the biggest dose of heroin. I was watching this episode of “Behind the Music” with Motley Crue, and I heard Nikki Syxx say that he quit the habit after he did that. So I tried it. And everything I saw in my dream, I woke up and wrote about it.
And it all started with having a latte with HchO.”

Shinin’: “My suicide letter. ‘Nuff said. HchO is the only reason I didn’t do it, because as I was leaving the FDA studio to end it all, he walked in. I played him the record, he played it for mad people, and it became the favorite around the school studio.
So much for me killing myself.”

I’ll Be Around (Outro): “I’ll let you hear it. “I’ll Be Around” is my favorite Spinners song, and it’s how I say goodbye to close friends…”

Writing in the Sky: “The day I found out God was a woman. Because I was looking her dead in the eyes as I wrote this. And I was sober.
She loves me. And I love her. And I still got one more Wish… I hope it’s granted to me (tuck your girl, n1gga…)”