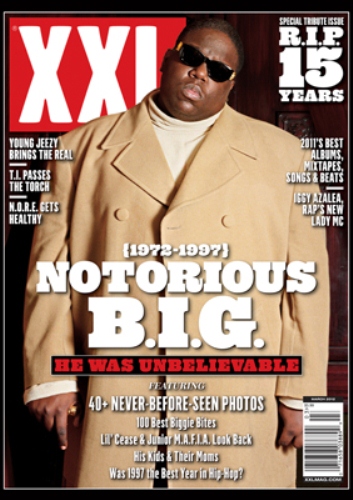 To commemorate the 15th anniversary of B.I.G.’s passing (March 9th), the late Frank White returns to the cover of XXL. Issue hits newsstands on February 7.

The XXL team spoke to some of those closest to Big for an in-depth look into his life and death. From his kids T’Yanna Wallace and Christopher “CJ” Wallace and their mamas, Jan Jackson and Faith Evans, to his closest friends like members of Junior M.A.F.I.A. and others, many got their chance to share stories and more to pay homage to the beloved MC. Most even disclosed rare, never-before-published photos of Biggie from their personal collections, which are featured in this month’s issue. Since Big was the most swagger-jacked rapper of all time, there’s a list of the 100 best Biggie bites, a look a what The Notorious One might have looked like at 40 plus much more in the magazine.

Behind The Music: The Notorious B.I.G. [Full Episode]

Man Confesses To Playing Role In The Murder Of The Notorious B.I.G.