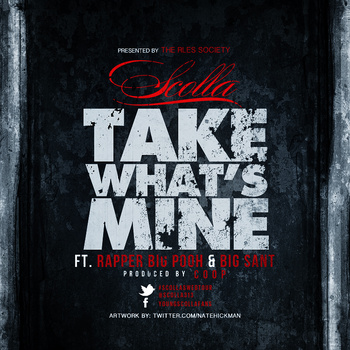 Scolla held off on releasing the record until he reached 5K follower on twitter. For this week he has linked with legendary DMV/NC Emcee, Rapper Big Pooh and Mississippi’s General of the ReturnOf4Eva Movement, Big Sant to bring you the anthem known as “Take What’s Mine” Produced by ATLien, Coop.  Pretty dope shit.