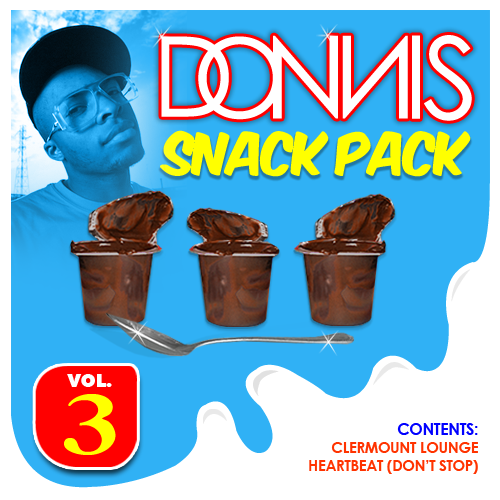 As most of you have seen lately, Donnis has been releasing ‘Snack Packs’. Well, this isn’t something he just started doing, he’s been doing this since 2009.  Releasing two songs, a cover, and a video with each ‘Snack Pack’.  Well, here’s a track off one of his first snack packs he released.  He lays down a slick verse over a disgusting beat.