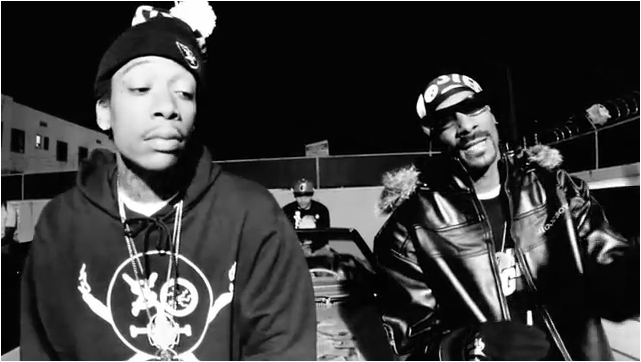 Well, at least Wiz knew that Rolling Papers was nothing special.  I’m completely fine with the Kush & OJ on these projects even though that wasn’t my favorite project from him.

Im high as fuck and don’t even know to start this so ima just say thank you to everyone who’s supported the TAYLOR GANG movement and showed love up to this point. We’ve all grown so much since i first came onto the scene and most of all inspired a whole new generation of muh fuggas who aren’t afraid to be themselves and unite. Before there were Taylors, the game was lacking fun, unity, positivity, and love for one another. Shit, your favorite rappers weren’t even getting paid well. You guys changed that, and the game shld forever be in debt to you. I remember getting 500 dollars for a show to fly out and see kids who had no idea what a wiz khalifa was, and you crazy muh fuggas showed up. Had a great time, and spread the word. Its ya’lls spirit who revived the rap game and brought back the true art to this shit. Your demand for live shows made it possible for a lot of rappers to come from nothing and feed their families. Promoters too, more kids are managers, dj’s videographers. Shit everyones eating. Thanx to you Taylors!!!! Take credit for that shit. Lol

Moving forward we gotta take that positivity with us. Theres tons of different crews now which is so inspiring because people are finding their own voice and unique lane. As Taylor Gang WE FUCK WIT EVERYBODY. We aren’t afraid to say we’re fans of other artists and bump their music, go to their shows and promote them to the top. Showing equal love. Thass Taylor’d. Dnt let anyone ruin your spirit or make you feel uncomfortable about what you like. What we say goes. Not them. Thass what started this whole thing regardless of what people think. Sayin fuck them and doin what makes us feel free. Dnt let anyone take ur view on things and twist it against you. Dnt let em make you feel like you weren’t the first.

Anyone questioning my choice in clothing as of lately (lol) I’ll just go out and say that it was needed. In a climate where everyone is looking and sounding the same, i always try to inspire my fans to be different. And i lead by example. At one point the way I used to dress was considered “different” but now its very much the norm and accepted. Which is cool. Thass what we do it for, but the next step had to be made. Im older, my wife is a supermodel, and ima trippy ass nigga. My clothes reflect that. My toms cost $45. My Louboutins cost $2500.

Moving on to the music, I haven’t been this excited about any of my projects ever. I remember when i made kush and orange juice, I listened to it and knew I had created a new genre that wld change music.The mistake i made on Rolling Papers was thinking it was time to move on from that genre not knowing that it had impacted people so much. The album did great numbers, but creatively wasn’t my best work. No regrets though. We live and we learn. So for my fans sake and own personal enjoyment, Ive gone further into the world we’ve created and elaborated on our genre with the mixtape Taylor Allderdice and of course my sophomore album ONIFC. Im so confident in the artistry and creativity of these projects because so much living went along with them. These aren’t songs aimed to be hits or widely accepted or even understood. Iss for people who live like us and can relate. And informative to those who can’t. Either way we’re inviting mu fuggas deep into our world and I can’t wait. I got new visuals, a new clothing line, and the new show is gonna be amazing. This is for us. Taylor Gang Or Die.