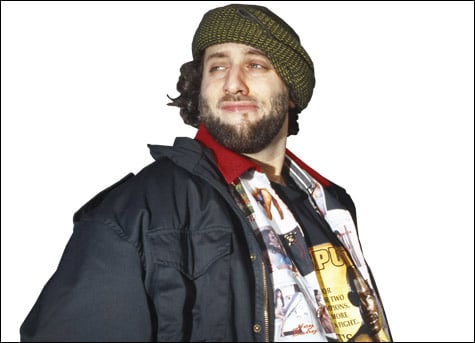 So it’s only been 8 years since his last album, it is just about time for a new album.

Over the course of his career, R.A. The Rugged Man has gone from a mysterious cult figure to a full-blown underground rap superstar, touring the globe, producing movies, murdering verses alongside hip-hop’s biggest names, and drawing praise from peers and critics alike. In this exclusive clip, R.A. reveals some details on his new album Legends Never Die, the official follow-up to the classic Die, Rugged Man, Die.