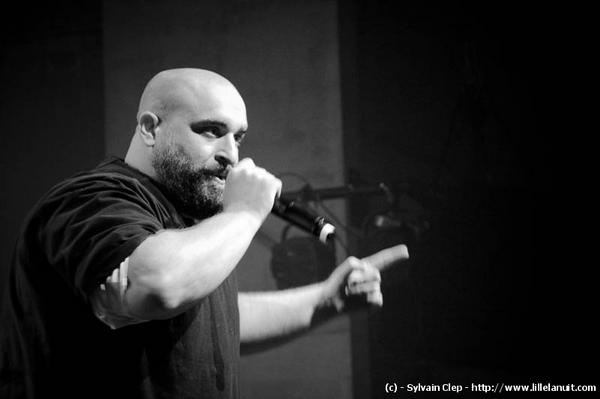 In 2010 my father was diagnosed with an extremely aggressive form of lung cancer and died within the span of 8 months. All of this happened at the same time SFR released Fallen House,, Sunken City, and I embarked on the most ambitious touring schedule of my career.

Needless to say, that year was devastating in every way. For the first time since age 12, I found myself questioning what I do and considered walking away from it. I’ve always taken pride in the ‘dues paid’ for my art, but in the face of a loss that great, everything can suddenly seem too awful, too futile, and too difficult to continue doing.

The beat used for Still Here was literally one of the most important parts of finally pulling myself out of that tailspin… Something about those bagpipes or whatever that sound is that Buddy sampled. I remember listening to it for the first time and feeling the hair on the back of my neck stand up. ‘They haven’t killed me yet.’ is the thought I immediately had when the beat dropped, and everything followed from there.