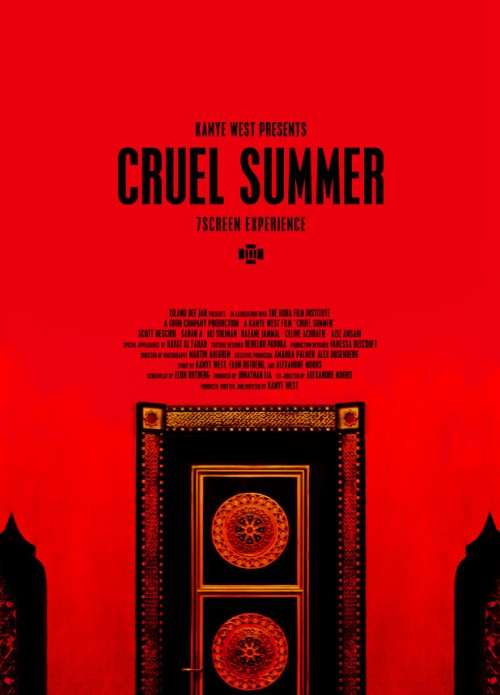 ‘Cruel Summer’ it is.  This sounds like this is going to be crazzzyyy. The “Cruel Summer” film will be premiered at the 2012 Cannes Film Festival on May 23rd. It will be available for public access for 2 days following the premiere.  The first single Mercy is out.

Inspired by the new G.O.O.D. Music album of the same name, CRUEL SUMMER is a fusion of short film and art installation; an immersive “7 Screen Experience” for the eyes and ears unlike anything West has attempted before.