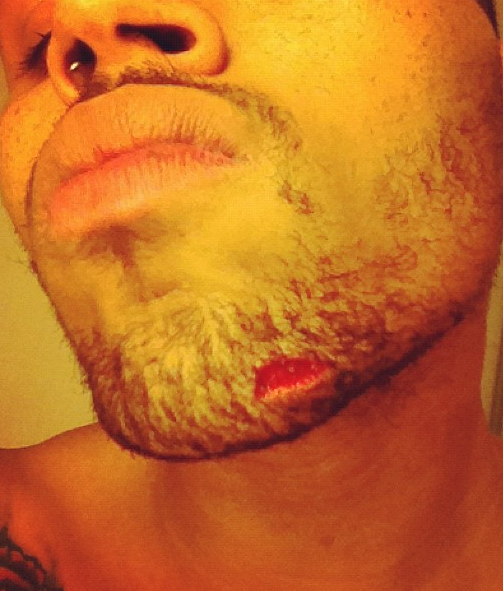 Shit just got real! Last night at a strip club in New York, Drake walked in with Meek Mill & French Montana that Chris Brown was already at.  Chris Brown then sent over a bottle to them, which Drake rejected and sent it back with a note saying “I’m fucking the love of your life, deal with it”. They both started arguing then Drake punched him and threw a bottle at him, leaving Chris Brown with gash on his chin. Both crews then started fighting.  Check out some of Chris Browns now deleted tweets, a picture of his body guard, and his gushed chin.