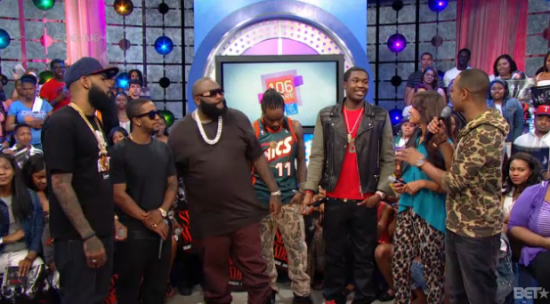 The 5 faces on the Selfmade Vol 2 cover visited 106 & Park to promote Selfmade Vol 2, which was released today.  Rick Ross talks about The Heat’s championship win, being on the cover of XXL, MMG’s success and being nominated at BET Awards. Omarion talks about signing with MMG. Wale speaks on “Self Made Vol 2″ and being in the studio with Ross. Stalley talks about the Music Matters campaign and his growth. Meek Mill talks about his debut album and Nas cosigning him.