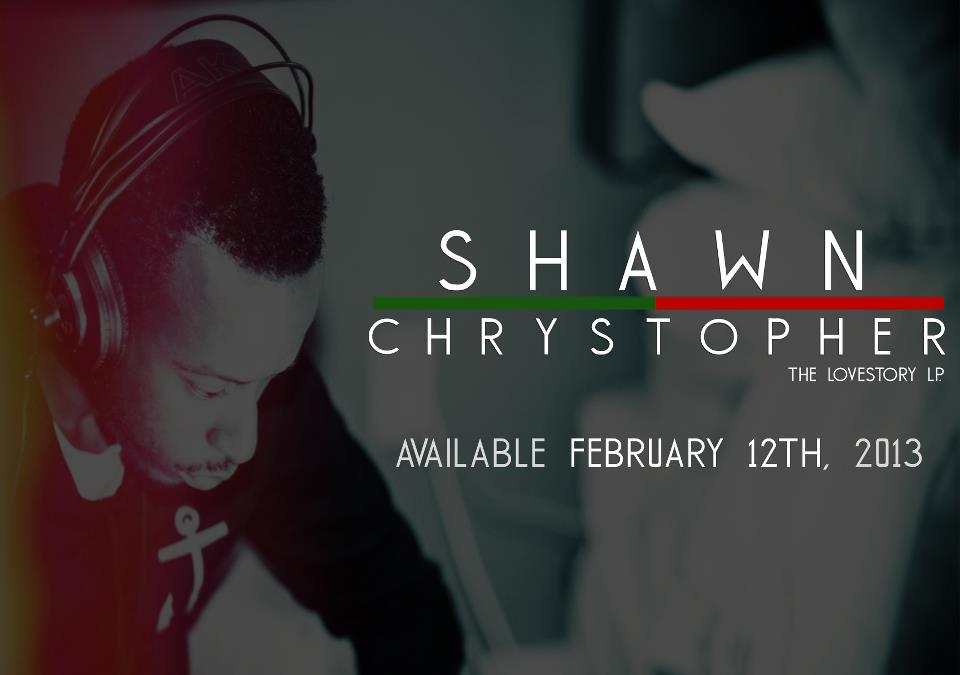 After dropping ‘Lovestory.’ the mixtape on July 26th this year, Shawn Chrystopher is ready to release the album version of Lovestory on February 12th, 2013. This will be his debut retail release, so be sure to buy this in stores when it drops. Expect a lot more news, songs, videos, etc in the near future. The album was also excectuively produced by Timbaland, so that should excite you a bit more. Check out Shawn’s words on the album below.

i am an author. more than a rapper. more than a producer. im an author. i love to tell stories. i never really thought about it until just now but ive been telling stories my whole fuckin life. real shit, i remember the first story i ever told. im not going to tell you what it is; as personal as i am, i gotta keep some shit to myself. but i do remember. i went to college to write scripts and tell more stories, but somehow music derailed that whole plan. (im glad it did). well it wasnt music at first…like four years ago i used to go to this poetry lounge on fairfax every tuesday night and spit. ask my nigga youseff, i was there every week spitting these poems, but not ‘roses are red’ type poetry, that shit is corny. i was telling stories. everyone else had these real dramatic over-top acting poems that you would expect when you think of  “poetry lounge on fairfax”…but when it was my turn i would just stand there and tell stories. about my life. my ex. my homies.

i hope me telling you all about my life will change yours.