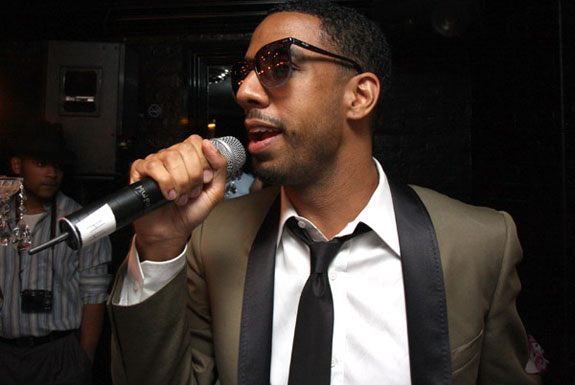 Inspired by his one million dollar lawsuit, Ryan Leslie is prepping to release a new EP, Black Mozart, early in 2013.  Check out what he had to say with Vibe below.

In an exclusive interview with VIBE, the singer/songwriter/producer/rapper revealed that he is back to work on a new EP and documentary called Black Mozart. The creative process began immediately after he received the verdict in a million dollar lawsuit filed against him by a German businessman that resulted in him coughing up the dough and landing a cover on the New York Post.

“Black Mozart starts at the moment that I walk out of the courthouse,” he says, referring to the trial that took place in Manhattan federal court this past week. “I wrote the entire album in the two days following the verdict, so the album is written and will be recorded in layers with the strings, horns and potentially a choir in the royal conservatory in Vienna, Austria, one of the homes of some of the most classical music ever written.”

The EP and documentary combo follows his third album Les Is More. which recently dropped in October. “I’m doing this as an alternative to rereleasing my album with two new songs,” he says. “The seven new compositions will be great.”

The artistic rollout will also be accompanied by a worldwide tour that includes a special show for the lovers. “There are a lot of cities domestically and internationally that we didn’t hit on this first run due to complications with the trial procedure,” he says. “I will be going back to the UK in February and I have a concert at Irving Plaza in New York City called “Lovers and Mountains” on Valentine’s Day, so I feel very confident that either a song called “Coke Can” or “Green” will be favored and requested [there].”

As far as collaborations, the renowned hitmaker will be teaming up with two up-and-coming producers. “I’m actually working with somebody. I’ve been watching his career for a minute and I’m very excited about what he’s been bringing to the table musically, so I’ll be bringing Cardiak with me to Vienna,” he says of the “Diced Pineapples” producer. “Then I’ll also be collaborating with another producer from the United Kingdom named Cadenza.”

Ryan Leslie – The Wonderful Ones (Video)