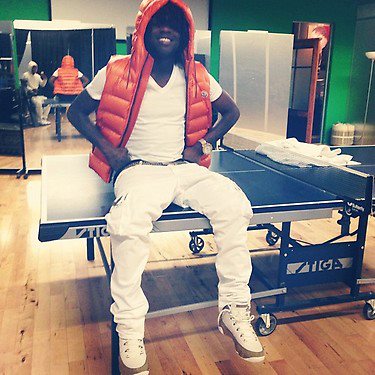 Free Keef.  Chief Keef has been sentenced to two months in a juvenile center in St. Charles for violating his probation.  Complex drops the information for us below.

According to Idris “Peeda Pan” Abdul Wahid, a member of the rapper’s management team, Keith Cozart (a.k.a.Chief Keef) was sentenced today to two months at the Illinois Youth Center in St. Charles, Illinois. He began serving his time immediately after sentencing this afternoon.

Said Peeda: “I think that overall we would have preferred for him not to have to sit down for a single day. Overall, I think it’s the best decision to satisfy everybody. The City of Chicago got what they want… We done been to hell and back already, so shit ain’t nothing.”

Although Keef was hit with a lawsuit for failing to show for a scheduled December performance in the UK, Peeda said that promoters had all been alerted to his status. “Most of the promoters in shows we were committed to were already aware this might happen. All of those shows will be rescheduled for a later time. We have a GBE album that’s going to be dropping featuring everybody on the roster… Regardless of whether he was going in or not, that was the gameplan anyway. Extending their careers as well.”

The rapper was convicted of a parole violation on Tuesday, after he was filmed holding a rifle at a gun range during an interview on July 2, 2012 with Pitchfork.tv. Handling firearms was a violation of his probation.

Pitchfork retracted the video September 6, after the shooting death of rapper JoJo. “The horror of the gun violence that has plagued our hometown is something we all take very seriously. Many people have pointed out that this episode could be seen as trivializing gun violence, and we feel they have a good point,” said Pitchfork.com editor Mark Richardson.