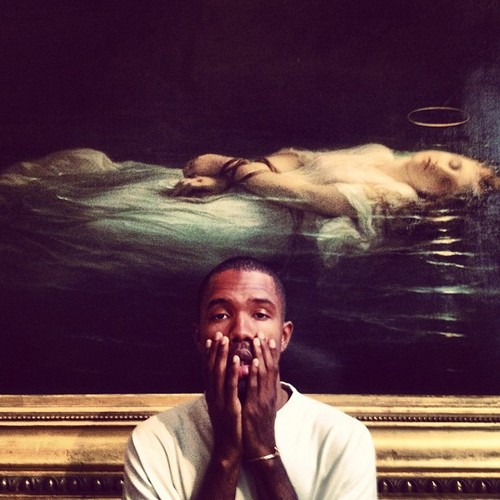 Ok, so, this fight actually happened, but there are a lot of different stories floating around right now so I don’t know what is actually true.  Below is the story from TMZ, who reported it first.

UPDATE: 5:20 AM PT: After the incident, Ocean tweeted “got jumped by chris and a couple guys. lol. i only wish everest [his dog] was there. cut my finger now I can’t play w two hands at the grammys.”

UPDATE 3:00 AM PT:  Cops say they will continue to investigate and want to speak with Chris Brown.  They refer to Ocean as “the victim” because he’s the one who stuck around and spoke with police.  Ocean said the fight started over a parking space (how L.A.) and Brown punched him.  There were 6 people involved in the fight.

UPDATE 10:45PM PT: Police have cleared the scene. We’re told Chris Brown was not there when officers arrived — but they did speak to Frank Ocean. At this point … we’re told no one wants to press charges, and no arrests have been made.

Chris Brown was involved in an all-out brawl with Frank Ocean Sunday night, and sources connected with Chris insist Ocean started it.

Chris was at Westlake Studio in the L.A. area listening to one of the artists he represents.  The sources say as Chris went to leave, Frank Ocean and his crew blocked Chris from leaving. The sources say Frank said, “This is my studio, this is my parking spot.”

We’re told Chris went to shake Frank’s hand … and that’s when one of Frank’s people attacked Chris.  Sources connected with Chris say one of Chris’ friends jumped in front and hit Frank’s friend.

Sources connected with Chris say Frank then came at Chris … Chris pushed him away and they started brawling.

The police were called and are on scene now.