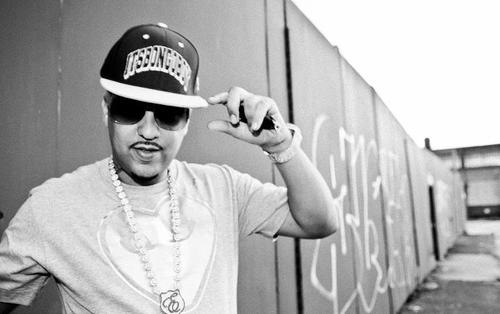 Well this isn’t good.  Last night after a show in Philly, French Montana was outside his tour bus talking to fans and somebody shot into the crowd and ended killing one person.  Read the news report below:

A man is dead after a shooter opened fire at rapper French Montana’s tour bus outside of the Holiday Inn on Penn’s Landing overnight.

Police say that rapper French Montana’s entourage was hanging with fans outside of their tour bus at the hotel on Columbus Boulevard and Race Street after a performance at the TLA last night when someone driving by opened fire.

A 27-year-old man from New York was shot in the stomach, according to authorities. He was rushed to Hahnemann University Hospital were he was pronounced dead. A second man, 29, was also hit in the shoulder. He is in stable condition at Jefferson University Hospital, police said.

“It’s just ignorant. You fire into a crowd and you’re gonna hit somebody. In this case, unfortunately, someone was killed. Don’t know if they had anything to do with anything, if they were a fan or what,” said Police Commissioner Charles Ramsey.

Twenty-five people, including French Montana, his entourage and fans were questioned through the night and this morning by police. Three people were taken into custody for carrying guns.

So far, there are no suspects in the deadly shooting.

“…When you find people like that, they should just never see the light of day again. I mean that kind of behavior’s just unacceptable. For me, there’s just no rehabilitation for anything like that,” Ramsey said.

Police say that the rapper and his entourage are cooperating with investigators.

Montana is a Moroccan-born rapper currently signed with Bad Boy Records and Maybach Music jointly. He’s best known for his collaborations with Max B. and Rick Ross. His debut album featuring Nicki Minaj is scheduled to drop on May 21. He, along with his group, the Coke Boys, are supposed to perform in Boston tonight. Police tell NBC10 they don’t think he’ll make the show.

A news conference to discuss details in the case is scheduled for 11:30 a.m. We’ll carry it live, right here, on NBC10.com.