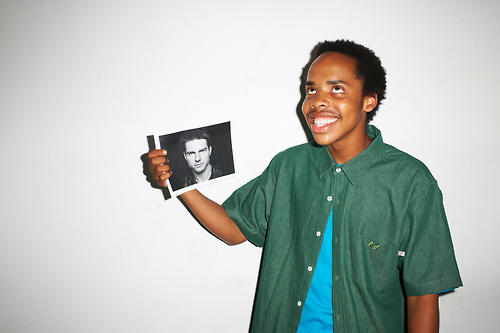 Last night at the Low End Theory secret show, Earl Sweatshirt performed three new songs that are supposedly off his upcoming debut album, Doris. The first song, Burgundy, is produced by Pharrell, Hive goes hard as hell and I do believe Casey Veggies is featured on the song, and we learned that the last song Guild features a verse from Mac Miller. If these songs didn’t get you excited for some new music from Earl, prepare yourself for the new EarlWolf single dropping on March 12th by checking out the artwork for ‘Whoa’.