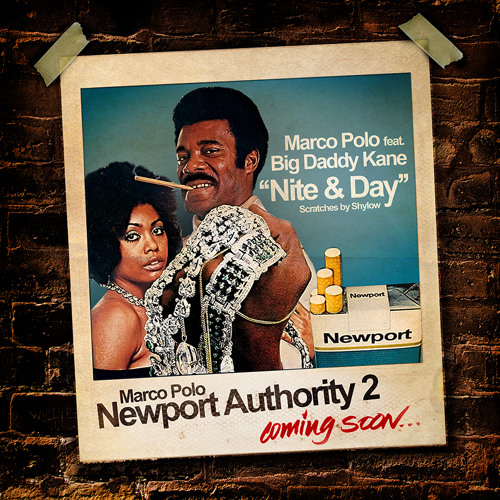 Marco Polo links up with another legend and just like with the Rakim track, samples couldn’t be cleared on this one either. This is the second single on Newport Authority 2 and let me mention some of the emcees on it. These include Rakim, Artifacts, Das Efx, Lil Fame (M.O.P.), Torae & Ruste Juxx. On his upcoming retail album the features include Organized Konfusion, Gangrene, Talib Kweli, DJ Premier, Masta Ace, Posdnuos (De La Soul), Kardinal Offishal, Styles P, Nature, Rah Digga, Slaine, Celph Titled, Ill Bill, Large Professor, Inspectah Deck, O.C. & many many more. It’s going to be crazy.