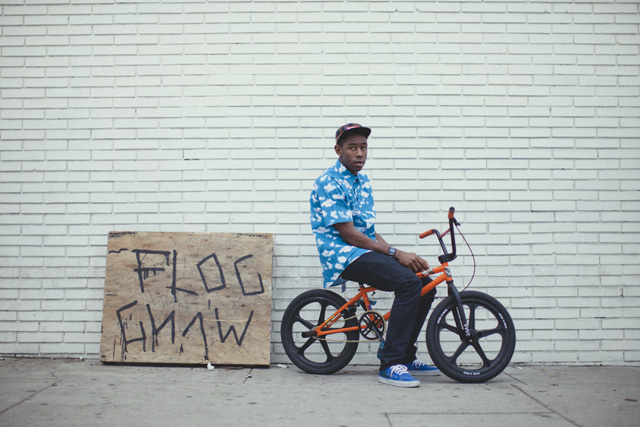 Looks like the legend Nas will be making a guest appearance on Tyler, The Creator’s new abum ‘Wolf, which drops April 2nd. On Foamspring, a fan asked if Hodgy Beats & Nas were on a song titled ’48’ and Tyler responded saying ‘nah hodgy isnt’. Hopefully Tyler is not trolling but I can definitely see this being true. You may remember Tyler being a huge fan of Nas when he interviewed him last year for XXL and also, Nas has recorded with Tyler, Hodgy, and Frank before, so this is not a surprise that it may happen for Tyler’s new album.