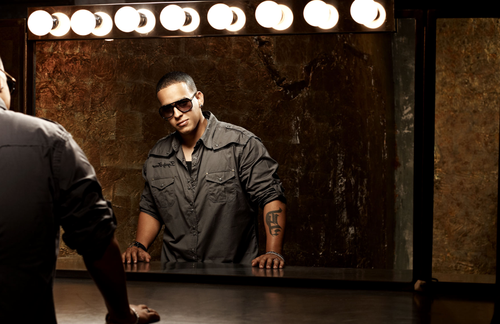 Look, I have nothing against gay people, but this is just like, WHAT. Daddy Yankee has finally come out as gay. The article below is translated via Google Translate from a Spanish website, so don’t blame me for any spelling/grammar errors.

Mexico City. – The reggaeton Puerto Rican Daddy Yankee , 36, issued a statement from the club gay ‘Pelekas Cave’ in which he referred to some compromising photos published yesterday by some media.

The statement read in the nightclub reads:

“Yesterday was displayed certain photographs that show a part of me, which I was not prepared to speak for fear of rejection, of criticism, but especially for my family and its consequences. believe that now is the time to grow, not only as a human being, but in all aspects. believe that love is the purest feeling that exists and in this life, having the opportunity to share those moments with someone, which look and forget everything negative, it is a gift of life, I treasure more than myself. ”

“I do not want to lie and lie out of fear, I love what I do and what I am, my passion, I could never do something else, I feel really bad about not being able to share this with all my friends before, they are the ones I concerned and so I decided to be honest. ”

“I wish I could see beyond the note, I am a human being like anyone, flaws and virtues and not think this is a defect, I will not deny.”

“I request and I thank the press to respect my family and myself, which concluded the issue with this letter and subsequent statements will not. I have fear and uncertainty, but I rely on my partner, I know that your love is larger than this, I ask with all my heart that I deem to have been honest and above all always be proud of who they are and never make the mistake that I made. ”

Just a couple of weeks, Daddy Yankee flatly denied being homosexual as had already been speculating on various websites. The rumor became known after the actor gave a show in a bar gay .