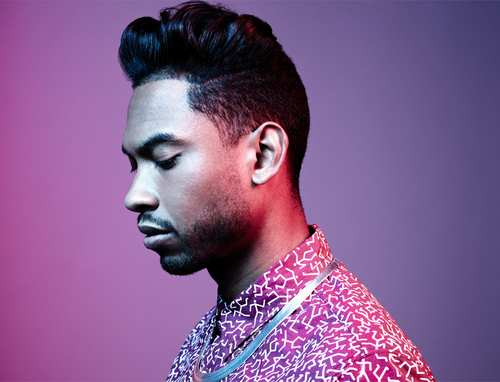 This is GREAT news for all R&B and Miguel fans. After dropping three successful Art Dealer Chic EP’s last year as well as his new album, Kaleidoscope Dream, Miguel announced recently that this year we will be receiving more Art Dealer Chic EP’s around summertime. Check out Vol. 1, Vol. 2, & Vol. 3 of the EP’s now if you somehow slept on these.

Miguel is riding on a wave. He’s still sizzling off his Best R&B Song win at the Grammys (“Adorn”) and tour with Alicia Keys (Set The World on Fire). Keeping his momentum pushing forward, Miguel is planning a new set of Art Dealer Chic EPs to drop this summer.

“This time it’ll be bigger and better,” Miguel told VIBE of his upcoming Art Dealer Chic minis. “I intend on having limited-edition apparel with them, so it’ll be really dope.”

While he couldn’t say whether the Art Dealer Chic EPs will lead up to a new album, Miguel has already announced his collaboration with Kendrick Lamar for the remix of Kaleidoscope’s “How Many Drinks?” A fan of K Dot’s upon first hearing Section.80, Miguel says their collabo will “sound like a breath of fresh air.”

“Kendrick is poised to be the next staple in hip-hop [and] I certainly intend on becoming that for R&B,” Miguel says. “I don’t get that vibe that he’s putting on… I just feel like he’s just being honest in his music. Newer, younger artists, that’s what we’re all striving to do. Just be ourselves. Kendrick is one of the best examples of that.”

Look out for the remix of “How Many Drinks?” to drop this month.