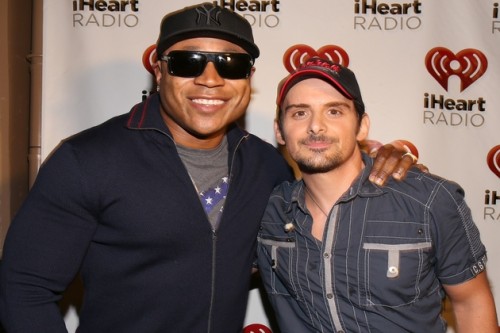 This is an interesting collaboration, and the song will probably get a lot of discussion as well as it’s a touchy subject. Check out what LL had to say about working with Brad, as they also have a song on LL’s upcoming album, Authentic.

“It’s going to get a lot of attention … and I’ll leave it at that ’cause I wanna let him talk about it. I don’t wanna spoil his thing on his album but we did something that was really cool. The song we did on my record, it’s not like I’m trying to do a gimmicky thing. It’s not like, ‘Oh the country meets the rapper and it’s a hoedown!’ It’s none of that. He’s a great singer. I let him sing on something that I felt he would sound cool on, and play the guitar as well because musicianship is a huge part of this record. I wanted great musicians on my album. Brad was a lot of fun in the studio. He’s playing the guitar.”