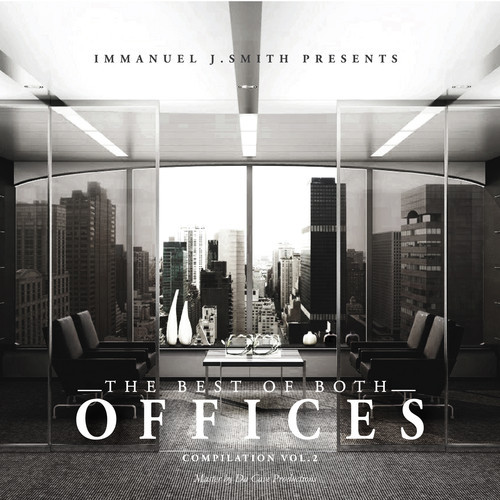 The crew over at BOBO has dropped volume 2 of their compilation series, featuring exclusive tracks from dope up and coming rappers. Check out the project below. Shout out to the homie Big Business!

The Best of Both Offices Compilation Vol. 2, spearheaded by Immanuel Smith, he states that the goal of this tape was to create a project where no two songs sound alike, as well as giving listeners the ability to enjoy different records.

The power of the BOBO compilation album lies within the potent lyrics, the stellar production and the undeniable ability to join together the old school with the new, as well as indie artists with well-established ones. The 18-track project is laced with talent, known and unknown, and production stretching from boom-bap to experimental courtesy of beatmakers like Childish Major, Pop & Oak, The Olympiks and Tha Bizness. Pairing indie artists like Jon Connor, Troy Ave, R.O.Z. and Thurz with the likes of Harry Fraud, N.O.R.E. and Styles P creates a remarkable soundscape that transcends generations and genres. The Best of Both Offices Compilation Vol. 2 also sheds light on singers Miloh Smith, Deon Young and Mel Alston Jr., who break the monotony of rap songs with smooth R&B vocals to the likes of John Legend and Jill Scott.

While the Golden Era listeners can consume “Weight,” the Southern OutKast fan can roll with “High Society” and the West Coast fans can ride with “DTA.” Ultimately, The Best of Both Offices Compilation Vol. 2 offers something for everybody to listen to, once again connecting the hip-hop and R&B for the better.

DOWNLOAD: The Best Of Both Offices Compilation Vol. 2 (Mixtape)