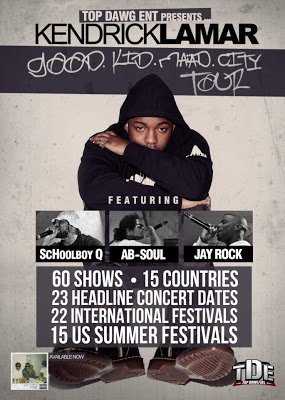 Kendrick Lamar will bring himself and his three other Black Hippy members will be hitting the road on May 5th (one day after Kendrick ends his current tour with Steve Aoki, shesh) for a 60 show, 15 country tour promoting Kendrick’s critically acclaimed debut album, good kid, m.A.A.d. city. Check out the dates below.