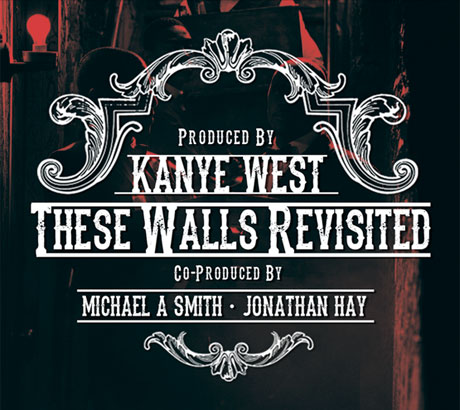 The new internet single “These Walls (Revisited)” produced by Kanye West, with co-production from Michael A. Smith and Jonathan Hay, is now available as a free download for a limited time. The promotional single is released in conjunction with Nappy Roots Entertainment Group and Hoopla Worldwide.
Vice President of Nappy Roots Entertainment Group, Jonathan Hay, explains, “We’ve had this song with Kanye West for exactly ten years now. I’ve wanted to re-produce this song for a long time because I’ve always felt it was never done justice by us. I’m not saying this because I’m biased, but it has always been one of my favorite Kanye West tracks of all-time. It desperately needed to be revisited. I’m sure Kanye will be much happier with the song this time around.”
Ten years ago, superstar Kanye West was in the studio with the Grammy-nominated Nappy Roots for the follow up to their Atlantic Records debut Watermelon, Chicken & Gritz – one of the biggest selling rap albums of the year. West was producing a song for their next album and was in the studio to help them choose a track to write to and record. While listening to several of West’s productions, the group ran across an instrumental that immediately jumped out to them, but to their dismay, West told them that he already had plans for that song and he intended to keep that track for his own Roc-A-Fella Records debut album The College Dropout. The guys continued to press on about how much they wanted that particular song and tried to convince West to let them to use it on their album instead of “These Walls”, but West stuck to his guns. That track later became one of his career-defining singles “Jesus Walks”.
The multi-platinum group finally settled on the instrumental for “These Walls” and eventually released it on Wooden Leather, but over the years, everyone within the group felt the completed song lacked the vocal approach the track deserved and the song has never garnered much attention.