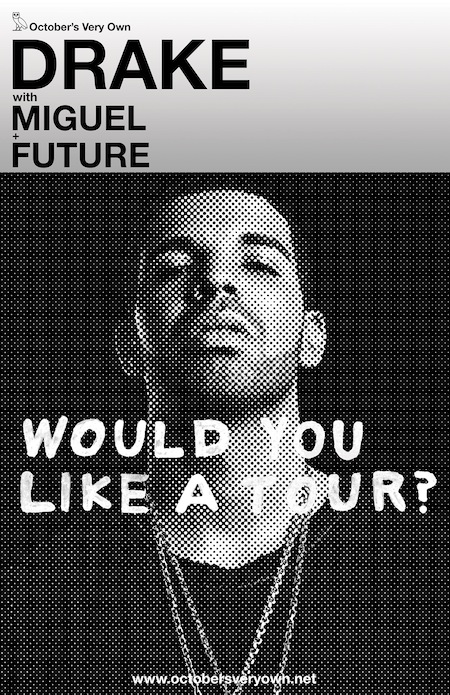 Drake is going on tour with Miguel & Future starting on September 25th & it will last 41 stops. The date are below & tickets should be available soon. Also, if the tour starts September 25th, does that mean we’ll get the album before then? We’ll have to wait & see.