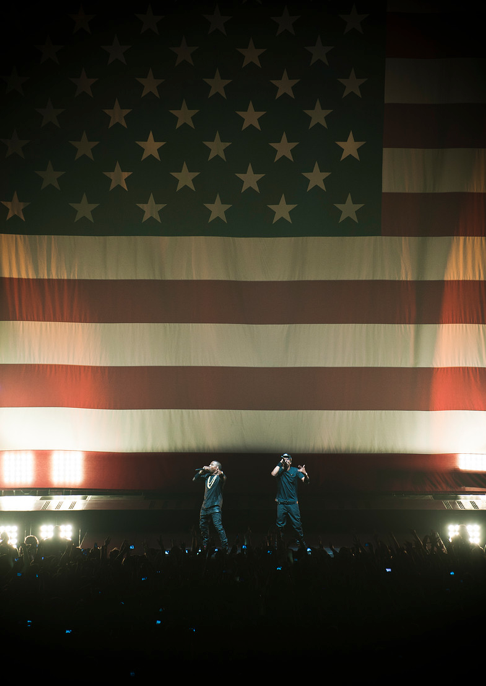 Happy 4th of July huh? After getting the Hov album early this morning, in a conversation with Hudson Mohawke after he was salty that Jay-Z didn’t pick his beats for his new album, Mike Dean tweeted him not to burn down his bridge for WTT 2. Hudson went on to say ‘you set the internet on fire’ about that comment and Mike Dean said ‘yep, it’s happening’. I see this dropping in 2014, but if it drops later this year, I won’t complain. I believe we’ve had some indirect hints at the confirmation of this project, but these tweets below are all the confirmation we need.

@HudMo all g, just we're all fam. don't burn your bridge for WTT 2!