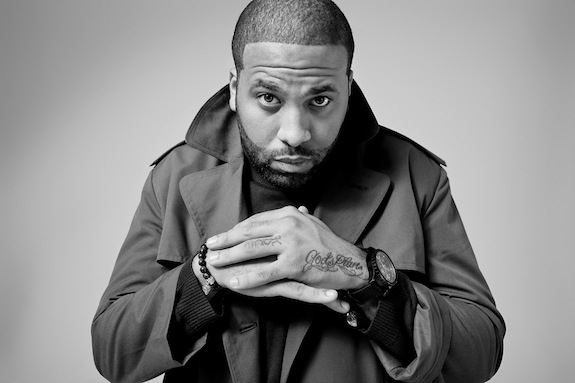 Def Jam released a new press release today letting the world know that legendary DJ and producer Don Cannon has been named Vice President of A&R of Def Jam Records. You can read the press release below. Congrats to Don Cannon, he deserves this.

Def Jam Recordings expands its A&R strength with the appointment of award-winning record producer and DJ Don Cannon to Vice President, A&R, it was announced today by Karen Kwak, Executive Vice President/Head of A&R, Island Def Jam Music Group. Mr. Cannon will oversee current and new artist projects, and will actively seek out, discover and sign new talent to the label. Mr. Cannon will be based in Atlanta, and will report directly to Ms. Kwak, while working closely with Steve Bartels, President & COO, Island Def Jam Music Group.

“Don Cannon is exactly the kind of multi-faceted producer and modern-day A&R executive who understands the Def Jam mission and culture and where we are headed for the future,” said Ms. Kwak. “He has already worked with some of our most successful artists, and we look forward to the fresh talent he will bring to the label.”

“A music person can only dream about being at Def Jam, the most important hip-hop destination in the world,” said Mr. Cannon. “I feel I have a cutting edge vision for where the culture and hip-hop are heading and I’m excited to be joining the team. I’m already working 24/7 to drive the innovation of music forward and I’m confident we’ll land some big successes in the very near future.”

As one of the world’s most well-known and highly respected celebrity DJs and producers, the Grammy®-nominated “DJ Don” Cannon has worked alongside a who’s who of hip-hop’s most innovative artists, from Def Jam artists Pusha T, Jeezy, Nas, 2 Chainz, Rick Ross, Ludacris and Big Sean to JAY-Z, Lil Wayne, Kendrick Lamar, OutKast, T.I, the Game, 50 Cent and more.

A native of Philadelphia, Mr. Cannon arrived in Atlanta as a student at HBCU Clark Atlanta University. While attending college, he sharpened his DJ talents and solidified his position as one of Atlanta’s top tier DJs. Mr. Cannon co-hosted a show on Atlanta’s WHTA Hot 107.9, that helped to popularize the Gangsta Grillz mixtape series, and received Atlanta’s Best DJ award from FOX-TV’s Good Day Atlanta. He later founded Cannon Music, LLC, a full-service production and promotion company. In 2009, he produced the theme for Tyler Perry’s “Meet The Paynes” sitcom. Mr. Cannon also produced season theme songs for the Atlanta Hawks and the Atlanta Thrashers, and placed Young Jeezy’s “Circulate” in the national Belvedere Vodka campaign. Mr. Cannon has also served as Music Director of Sirius Satellite Radio’s “Shade 45” channel.