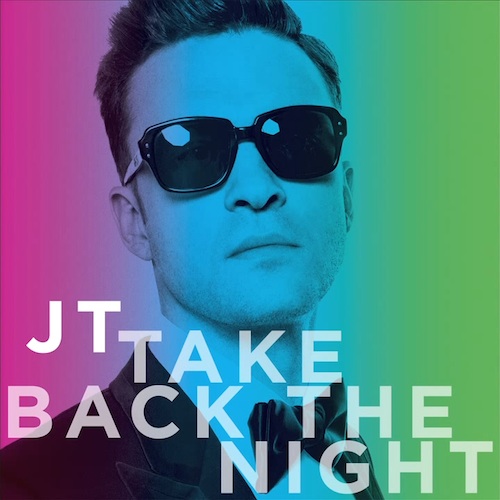 Can somebody say REACH? An Anti-Rape group has reached out to Justin Timberlake and his team and has threatened legal action of his latest single ‘Take Back The Night’. Radaronline is reporting the news and you can read the whole article here, or some of the highlights from it below. Katherine Koestner, the Executive Director of an Anti-Rape group that has the title as Justin Timberlake’s new single, has a problem with the sexual lyrics in the single. I really, really think they are reaching with this, but hey, you got to do what you got to do.

Everyone at Take Back the Night is really shocked, because normally, we get asked when people want to use the name,” Take Back the Night Foundation Executive Director Katherine Koestner tells us. “Normally entities as large as Justin Timberlake do very kind and thoughtful things to support our cause.”

“We have some big concerns,” Koestner says. “For example, all of a sudden on Wikipedia, Take Back the Night has a different definition. That’s not been helpful.”

Also problematic is the fact that Timberlake’s R-rated lyrics don’t exactly support TBTN’s message. “The lyrics are definitely very sexual and not at all clearly anti-sexual violence,” she says. “‘Use me,’ for example, is not a great phrase for anyone affiliated with the organization.”

After first hearing that Justin planned to release the song, “We tried to contact him through his website and got no answer,” Koestner reveals. “Then we sent him a letter Friday from our legal counsel saying ‘You used our name without our permission.’”

“His legal agent got back to us and said they’re sorry,” she said. “His agent said ‘Justin’s a good guy! He’s a family man!’ They claimed he’d never heard of us before he wrote that song. I don’t know what country he’s been in. I suppose it could have slipped off his radar screen somehow. Somebody working for him definitely messed up.”

“It’s a big song, and he didn’t take the necessary steps to make sure that it was appropriate,” Koestner says. “Normally they do have due diligence.”