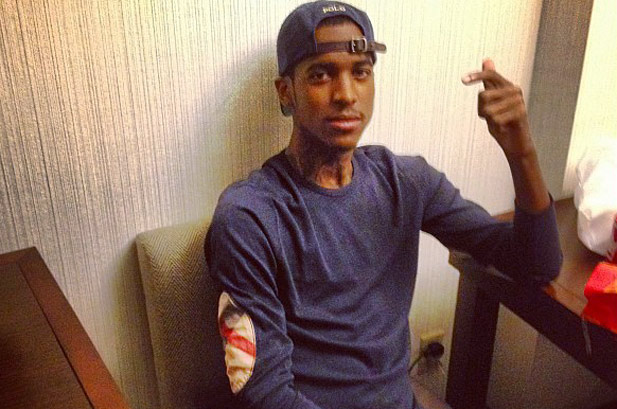 Well, Lil Reese was arrested yet again, this time for Marijuana. He really needs some guidance around him, but the commentary from Reese with the police shown in the article below is pretty funny.

Lil Reese, 20, whose birth name is Tavares Taylor, was arrested on a sidewalk in the 6400 block of South Eggleston Avenue at 6:40 p.m. Saturday, police said. Taylor, of the 5100 block of South Wabash Avenue in the city’s Washington Park neighborhood, was found with about $24 worth of cannabis, or four grams, police said.

In a hearing before Criminal Court Judge Adam Bourgeois Jr., Taylor was ordered held in lieu of $10,000 bail.

Police on patrol for ongoing gang conflicts in the area on Eggleston Avenue saw Taylor standing on the sidewalk with numerous other males, which police knew as known gang members, according to a police report.

As officers approached Taylor, he looked in their direction and immediately turned and began walking down a gangway. As police neared the group, they saw Taylor remove a plastic sandwich bag from his left pocket that contained crushed green plant material and spotted him looking around on the ground in the gangway, the report said.

He was searched and the cannabis was found along with $2,090 cash. When officers asked where the money came from he said: “It’s mine, I got a little weed. So what?” the report said. He continued: “There’s serious crime out there. This ain’t a big deal. I’m gangster,” the report said.