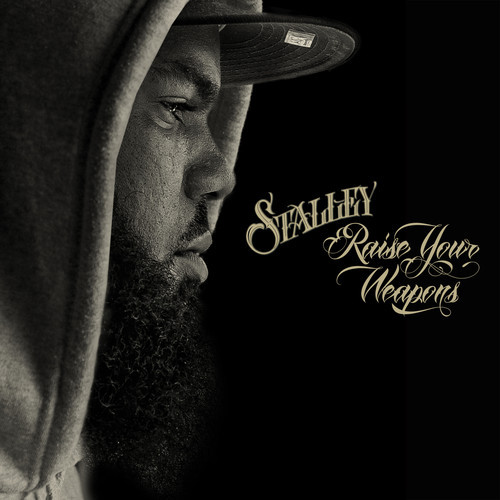 Desptie recording this song over a year ago, Stalley felt like today was the best day to drop this new cut produced by the Block Beataz. His new mixtape is dropping on August 8th and this track will live on the project it appears.

Today, Ohio-native Stalley releases the second single from his forthcoming mixtape. Written as a reaction to the complacency of his generation, the Block Beataz produced “Raise Your Weapons” calls attention to the constant fight for justice. “We recorded the song a year ago,” says Stalley. “We had a conversation about what’s going on in our lives and the lack of substance and activism in our community.”

The lyrics are a call to arms. A catalyst for turning complaints into a charge for what’s right. “They say I’m the last of a dying breed,” notes the rapper. “Someone who embodies the glories of success, but also embraces the failings of my path. This song is inspired by my own personal push forward, how it now parallels with larger societal trends, and a desire to want more for the people of this country.”