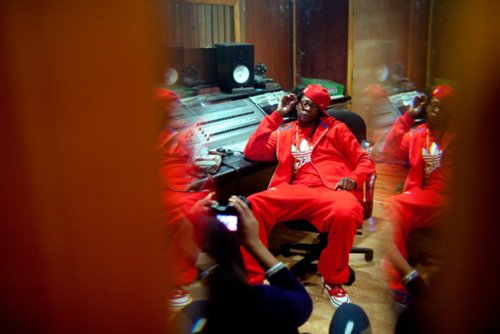 2 Chainz is definitely about to let us #EAT. In an interview with XXL, the Breast Man revealed that he will include a cookbook in the deluxe version of his new album, B.O.A.T.S. II: Me Time. The album drops on September 10th, so prepare your cooking materials for the possibly 15 recipes Breast Man has whipped up for us.

2 Chainz has been pretty tight-lipped about the details of his upcoming sophomore LP, B.O.A.T.S. II: Me Time, refusing to out producers or features on the album. Tit recently stopped by New York’s Power 105.1 and chopped it up with DJ Self divulging some of his thought process behind the album and revealing, as a special bonus, he might include a cookbook of several of his favorite dishes along with CD purchases. As far as how his second album will differ from his first Chainz said, “It’s all about showing growth and maturation. It’s supposed to be better than the last time,” he said. “I’m coming with a new album, a new way of life…I wanted to show progression on this album I wanted to show prosperity.”

Giving one of the first revelations of the album, the Atlanta rapper said he might include a cookbook with the CD as a bonus. Chainz, who reportedly suffers from a couple stomach ailments and has adopted a healthy eating lifestyle, said the number of meals will coincide with the number of tracks. “I’m cool enough to be comfortable in my own skin and try to educate people,” he said. “So with this cookbook I’m going to have probably about 14-15 meals, how many ever songs it is. It’s going to tell you whatever was used to make this as far as ingredients and cooking time and all that stuff. And probably the pros and cons of eating it.” Don’t expect any Southern-fried delights “I’m a seafood lover I don’t eat beef or pork period. So turkey, chicken that’s in a lot of the recipes I use.” He added, “A lot of people use DVDs bonus stuff like that. I just want to come probably with my own little array of swag aprons with the cookbook. That will probably get me on The View or something like that.”