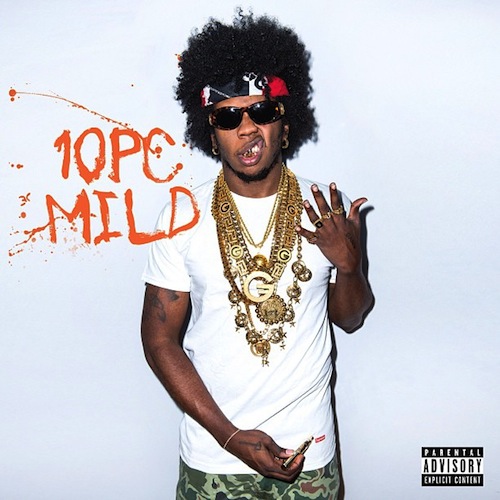 During a sitdown with Miss Info, Trinidad Jame$ revealed that he will be releasing a new mixtape on August 13th titled 10 PC Mild. He talks on the meaning of the title & some of the producers on the mixtape. Trinidad Jame$ is on tour with Wiz Khalifa & A$AP Rocky right now, so I assume this mixtape has been done for a while, & I assume that ‘Shut Up’ with Travi$ Scott is the first single from the tape. The mixtape will feature ten songs, & according to the tracklist there aren’t any features but I feel like there will be once it drops.