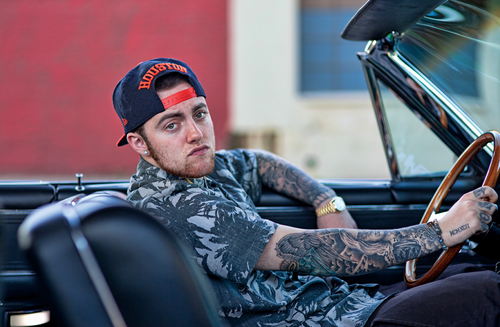 Mac Miller performed in Phoenix on his Space Migration tour, and while he was performing his single ‘Watching Movies’, he began to faint but continued performing the song, and then he completely just collapsed on the stage. They dimmed the lights, & Mac did end up getting up & performing the song. No word on what caused the collapse, but hopefully it’s not a serious health issue.