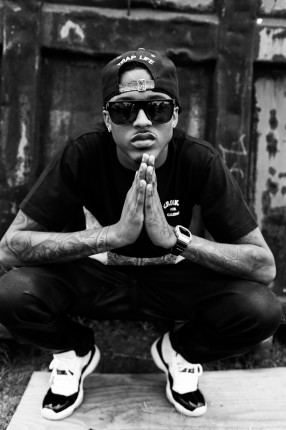 On August 20th (next Tuesday), August Alsina will be releasing his first official retail project via Def Jam, & that will be his EP Downtown: Life Under The Gun. It will features a few new tracks & some mastered versions of songs from his Product 2 mixtape. Today, he releases the video for his Curren$y assisted track ‘Let Me Hit That’, which will be on his new EP.