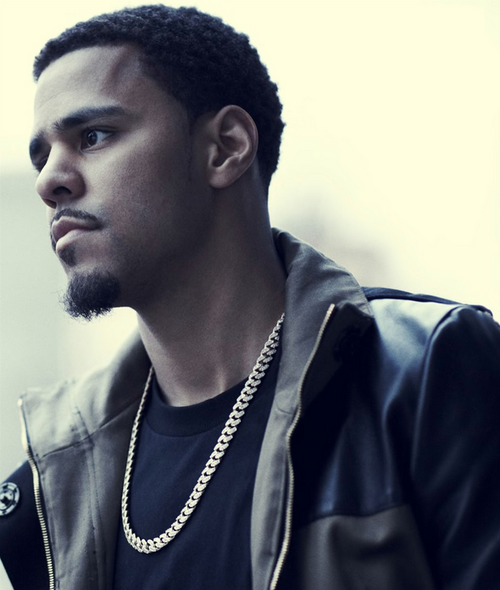 After getting Macklemore’s comments on his ‘white privilege’ earlier this week, J. Cole revealed to BET that he doesn’t believe he would be as successful if he was a dark skin African American instead of a light skin. Read his comments below:

There’s been a lot of conversation about the Trayvon Martin tragedy and what young Black men experience. Do you experience racism?
For sure, absolutely, I just got pulled over on 42nd street in Times Square for what I believe was nothing. They said it was for tints on my front window, which is barely tinted. I really believe it was because I had my hat low. I was driving through Times Square and I just didn’t want to be seen. So I had my hat low and I think I was looking “suspicious” just as a Black man with my brim low, when I was really just trying to cover my face. They came to my window, pulled me over. I feel like if I was a white man driving, they wouldn’t question me about my tints. They told me to roll down my back window; they look in my car as if they’re looking for something. I feel like that was the real thing, they were trying to catch somebody slipping. That just happened three days ago. I almost didn’t even name that because I am so used to that. That’s something that I feel like somebody my age that’s white doesn’t have to go through, especially in New York City. On the other hand, every time I’m on the plane in first class — this is a lesser evil but it still represents their mind state — I promise you, 60 percent of the time somebody asks me what basketball team do I play for or do I rap. [Laughs] I am a rapper, I wish I could tell them something better — that happens all the time and I hate it. I hate that we’re stereotyped and I hate that I’m fitting into the same stereotype.

You’ve talked about including dark-skinned women in your music videos versus all light-skinned women. The light-skinned, dark-skinned issue certainly affects women in hip hop; does it affect men in hip hop?
I can’t say it for sure but I just think we’re still in America. We’re still Black Americans. Those mental chains are still in us. That brainwashing that tells us that light skin is better, it’s subconsciously in us, whether we know it or not… still pursuing light skin women. There are some women out there that are like, “I don’t even like light skin men” and that’s fine. But Barack Obama would not be President if he were dark skin. You know what I mean? That’s just the truth. I might not be as successful as I am now if I was dark skin. I’m not saying that for sure, I’m still as talented as I am and Obama is still as smart as he is, but it’s just a sad truth… I don’t even know if this is going to translate well into text and people not hearing what I’m saying, but it’s a sad reality. So I can only naturally assume it’s probably easier for a light skin male rapper than it might be for a dark skin male rapper. It’s all subconscious s***, nobody’s aware — I think that s*** still subconsciously affects us.