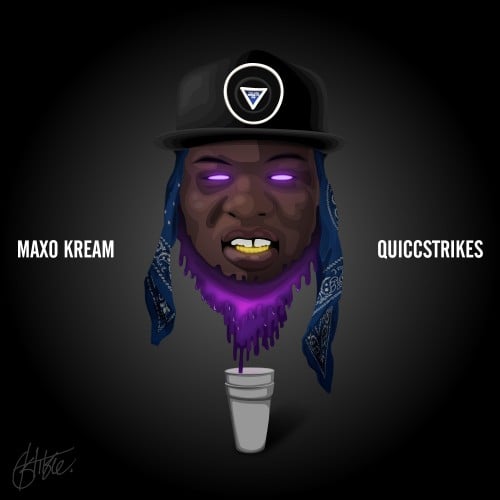 Maxo Kream dropped his mixtape Quiccstrikes yesterday, and it’s so menacingly raw that it’s already quickly shooting up to the top of my favorite mixtapes for this year. People familiar with Maxo’s music might remember his video “Lewinsky” which dropped a few months ago to mild buzz, and this mixtape essentially continues off on that same note: dark street raps that are distinctly Houston influenced, but without ever falling into simply regurgitating cliches, like overusing C&S vocals, or talking about candy paint and lean endlessly (no offense). Maxo, a Houston native, is taking the sounds of his city, and infusing it with ideas and movements that have become prevalent within the past few years.

While listening through the tape, I was actually feeling hyped up about what Maxo is doing on this tape. This isn’t necessarily ground-breaking or anything, but it just reminds me of something so interesting — it really took me back to ’09-’11, when the internet suddenly began to see tapes like Bastard, NASA Mixtape, and Best Duo Ever: Greentape come out in rapid succession without much of a formal introduction to anyone. Much like those aforementioned tapes, I feel like Quicc Strikes is going to be that tape for Maxo Kream in the sense that it’ll always be played over the next few years. No matter where he decides to take his sound or career in the future, Quicc Strikes manages to be both promising and enjoyable, and I’m feeling glad that I’ll always have it years down the line.