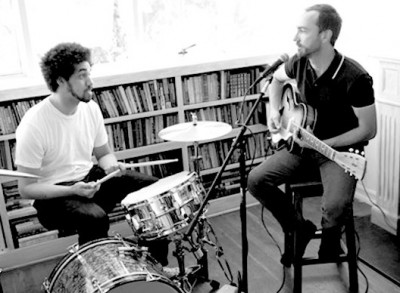 So I’m just bullshitting on Youtube, I went from Dave Chappelle to Just Blaze interviews and I saw this in the related videos somewhere. My eyes lit up because I was pretty sure this was some new shit. I WAS RIGHT. James Mercer of the Shins and Danger Mouse are bringing us their follow-up album to their first renowned album. Danger Mouse is a pure genius, he’s one of the best producers of our time and he’s crafted some of the best songs of our time, take Gnarls Barkley’s “Crazy” for example. Or as far as Broken Bells goes take “Vaporize” or “October”, actually that whole album. And even that track he produced on the latest A$AP Rocky album I love, and I don’t like Rocky. I could replay any song on that LP over and over again and not get tired of it, that’s the true mark or wonderful album sonically. It’s going to be tough as hell to live up to it but the one minute sample we get in this teaser sounds awesome. After The Disco is scheduled for release in January of 2014.

Broken Bells – After The Disco