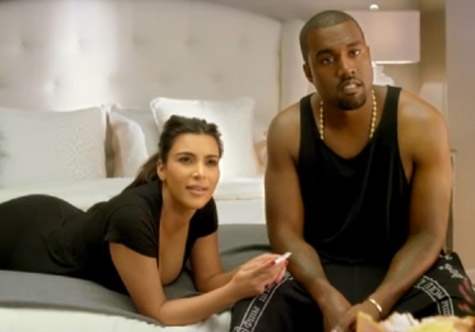 According to TMZ, Kim visited a medical office in Beverly Hills on Monday where she was bombarded with paparazzi. The 18-year-old apparently held the door open for Kim to enter the building. As Kim walked in, the man allegedly said, “F**k these fa**ot-ass n****rs,” referring to the paps. Kim then told him it was not appropriate to use the N-word. The man apparently attacked Kim screaming, “F**k you bitch. Just trying to help you. Shut up n****r lover, stupid slut.”

Kanye arrived shortly after and stormed into the waiting room of the medical office to confront the 18-year-old where witnesses say Kanye punched the man. A worker from the medical office reportedly had to intervene to seperate Kanye and the teenager.

TMZ is now reporting that Kanye is now officially a suspect in a battery investigation in which the police want to interview him.