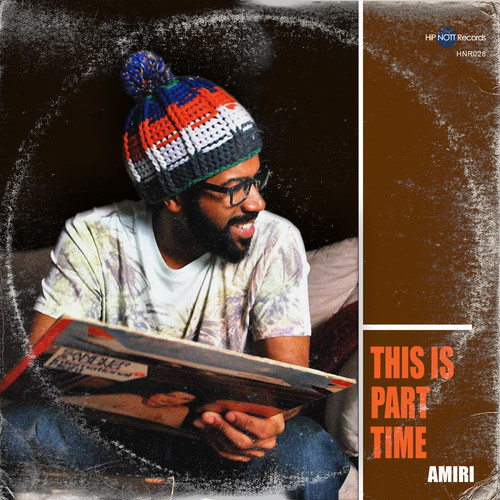 With the amount of work Amiri puts in, you would think music is his full time job. Since 2010, he has released two solo albums, two albums as Spectac & amiri, a couple albums worth of remixes, and a handful of beat tapes… all while producing for other artists. On his third solo LP, the South Carolina producer makes it clear that This Is Part Time. Though with an album this cohesive and tenacious, listeners would be none the wiser.

For the first single off the album, Amiri sticks to his jazz roots as he quotes legendary rapper O.C. in the song’s chorus: “I’d rather be broke and gain a whole lot of respect.” “Broke” is just one of the many great new tracks on This Is Part Time.

This Is Part Time will be available February 25th on HiPNOTT Records. Pre-order the album now on iTunes (digital) and UGHH (compact disc). Digital pre-orders made via Bandcamp will receive an immediate download of the single, “Broke”.