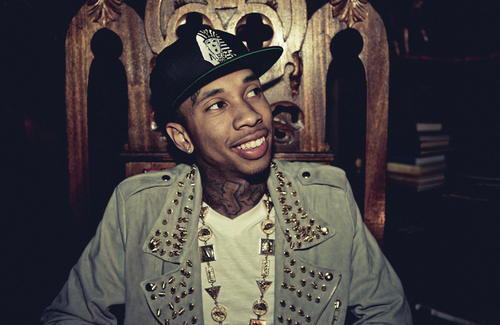 Starting at the 4:55 mark, Tyga talks about his new album The Gold Album, and he lets out the words in a damn near whisper that Kanye West is the executive producer of his new album. The two have been pictured together a lot lately, so this isn’t that much of a surprise, but it should be interesting to see how Tyga & Kanye West end up making this album.