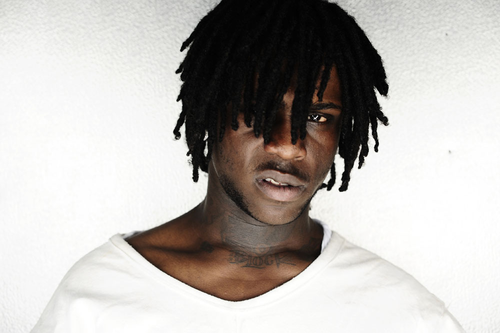 Chief Keef had his fans harass his A&R at Interscope Records Larry Jackson to reveal the release date of his new album Bang 3, and he finally budged. The double album is due out on June 10th according to Larry Jackson. Is that a good thing? Well, ‘Fuck Rehab’ surely isn’t that great, but with some work with Kanye due, maybe we’ll get some great stuff.

My adopted son @chieffkeeffsossa is trying to meltdown my phone on a Sunday. Enough with the pranks! I’ve got a knuckle sandwich for you when I see ya.