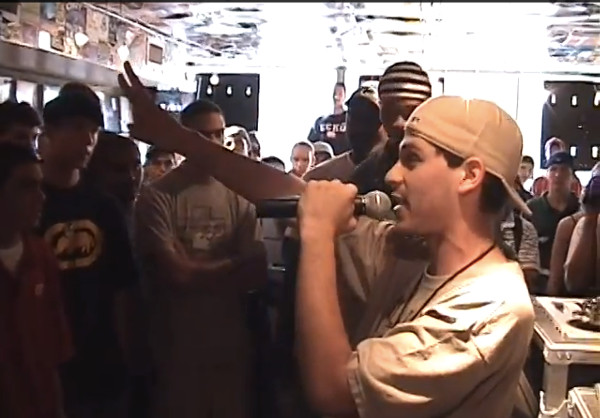 Just as he recently released that old Kanye West footage, the manager of the legendary Fat Beats Record Store DJ Eclipse liberated this footage back from 1999 when Dilated People and Jurassic 5 stopped by the shop for an in-store. Check what Eclipse had to say about the clip:

Since Dilated & Jurassic are back on tour together and hitting NYC this weekend I figured I would post this clip from the last time they were on tour together back in 1999. This footage is from a Dilated Peoples in-store at Fat Beats NYC on the day that they were doing their New York stop on the “Word Of Mouth” tour. August 11, 1999. The bill was Dilated Peoples, Jurassic 5, Beat Junkies and me, DJ Eclipse. The venue was Tramps, home to some of the illest shows NYC had seen in the 90s. The interesting thing about this show was that it was the last show Tramps had before it closed down. Some footage from that night to come.

Evidence – Weather Or Not (Album Stream)

Step Brothers (Evidence & Alchemist) – Lay Some Treats On Us

Evidence – Throw It All Away (Music Video)