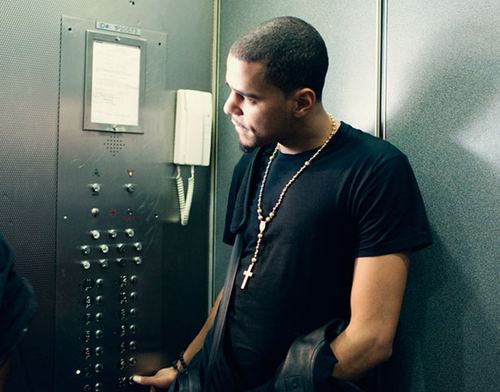 JColeNation liberated a new exclusive track today from J. Cole titled ‘The OJays.’ This is an unreleased track from when J. Cole used to go by Therapist, and features a frequent collaborator during that era, Nervous Reck. Check out some words on the track below from Nervous Reck as well.

My favorite is a joint called The Ojays. It never came out. I was saving it for my album at the time. The reason I like it most is because I would challenge Cole all the time to talk about certain things in his verses. This time he was visiting me when I lived in Wake Forest and he had an Ojays sample. I took it and threw some drums on there and he just started writing a story to it. It was about us getting robbed and carjacked by some acquaintances. After he was done he was like “Yo Nerv, you gotta finished the story.” So he challenged me to finish a story from my perspective. He had to leave and get back to school in NY so I think I finished it and sent it to him the next day and he was like “Yooo how did you finish it like that? This shit is crazy!” So I would say that’s my favorite because he put me to the test. Cole has several songs on both of my mixtapes that most people have never heard. I’ve never put them on the net. They were hard copies only. So only a small amount of people have them. I’ve been planning on putting them back out but, I just don’t want everyone to think I’m back rapping again, hahaha. I want to set them up correctly so people will respect it and not just look at them like they’re just another throwaway mixtape.