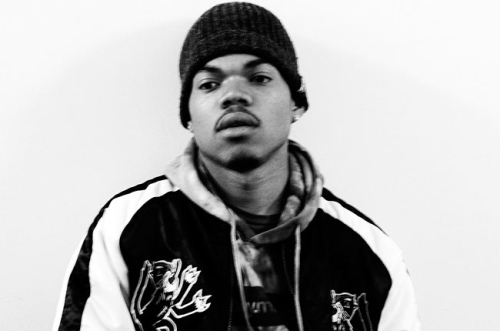 Chance sat down with the folks at Billboard and they talked about what’s going on. Check out some excerpts below where Chance talks about the new album.

We’re working really closely with Francis Starlite from Francis and the Lights. He’s been a really been a big help on Surf. Damn, I’m saying these things like people know it. Surf is the first project, which is coming out before the end of 2014. It’s the first Social Experiment project. It’s a big step for all of us all putting our heads together and letting Nico [Segal, a.k.a Donnie Trumpet] hold the reigns and carry it. There’s a lot of great instrumentation. A lot of input from cool writers. I’m already saying too much.

Well, we worked with Migos. We worked with J. Cole. We did some work with Emily King just last week. Somebody who helped us out a lot with just getting into the project was Rick Rubin. And Frank Ocean. There’s been a lot of just people in the studio watching us work almost like a house band. People come in just to watch us jam out.

Have you gotten in the studio with Pharrell? I saw via your Instagram you met him recently.

Uh huh. Uh, I uh, that’s the thing [laughs]. I don’t want to make this about necessarily who I’ve worked with.

We have an idea for what we want to do next year following [the release] of Surf and [another project entitled] SOX and everything else that is to come. We’ve been really, really focused on The Lion King musical and stage design and use of props in the theater setting and trying to make a very cool musical-kinda thing. Like musical theater. So we’re working on that. It’s still in the development process. I’m really excited; the band’s really excited. But the way the show goes right now we’ve made it a little more refreshing. We’ve been playing newer records like “Paradise” and “Gold” and “No Better Blues” and “Windows.” Just shit that people haven’t really heard and giving them a new experience.

Check out the full interview here.