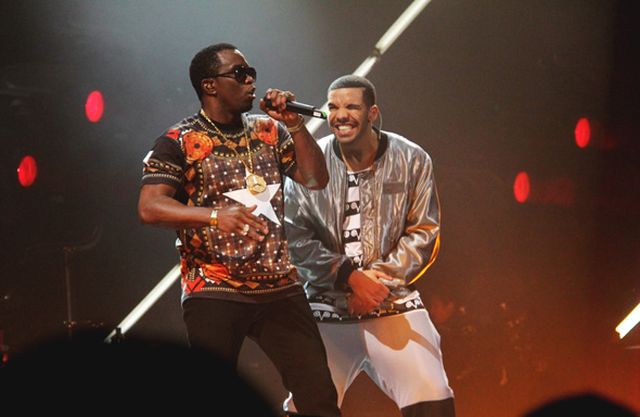 I’m sure you caught wind of Chris Brown putting his girl Karreuche Tran for basically fucking Drake while Chris Brown was in jail. Now Drake takes an L today as he reportedly was involved in an altercation with Diddy last night at the Miami nightclub LIV. Supposedly, Drake dislocated his shoulder. Read more at TMZ, who has the first “official” information on this story.

EDIT: TMZ is now reporting that Diddy & Drake got into a fued over a Boi-1da beat, the one that ended up becoming ‘0 to 100’. The fight sent Drake to the ER because he re-injured his shoulder, which was previously hurt.