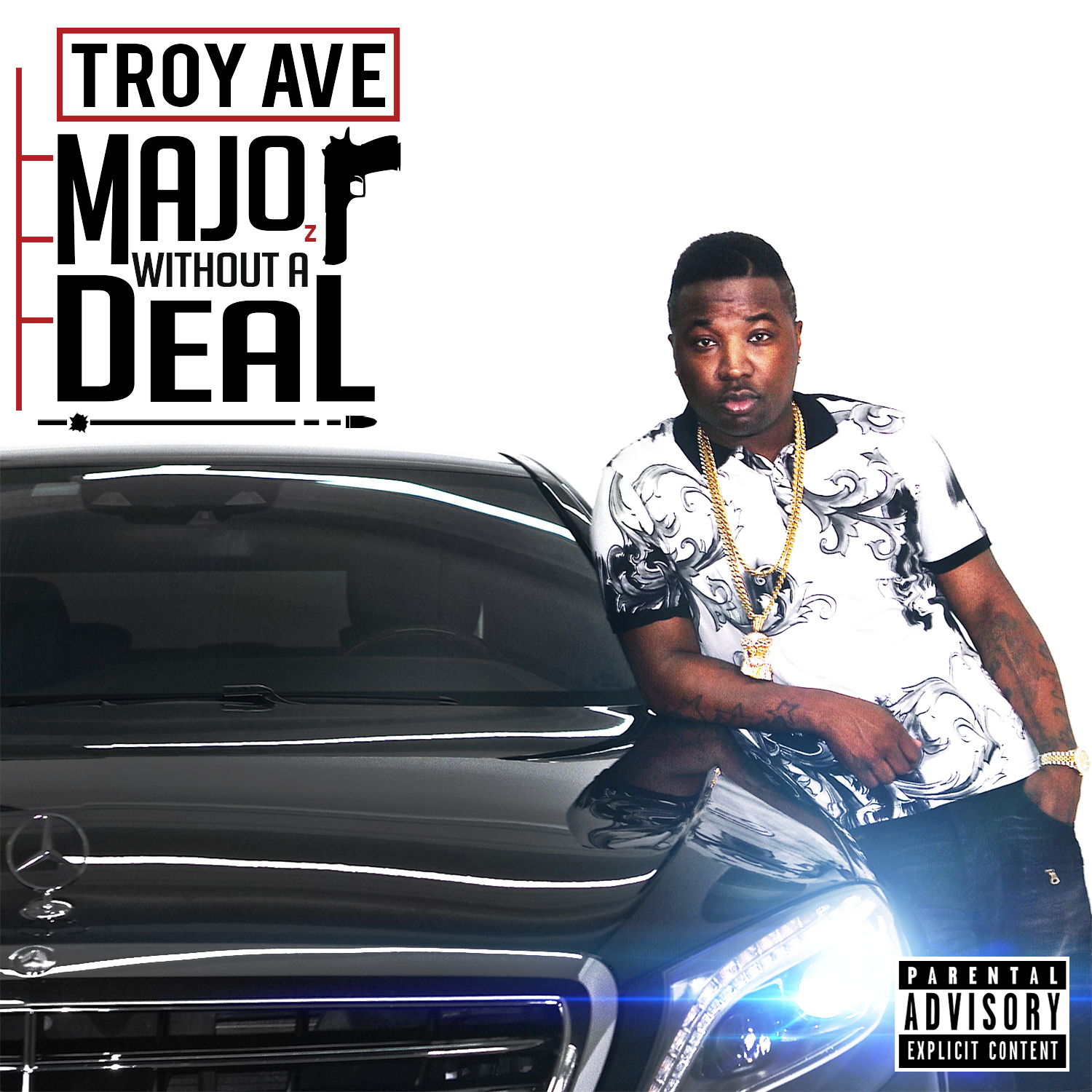 Troy Ave has been hyping up his ‘debut’ album Major Without A Deal for nearly two years now, but today we finally have some concrete information about the release of the album. With the artwork above, we also got word that the album is due out in stores and on digital retailers on June 9 via BSB Records/EMPIRE. Confirmed features only come from Rick Ross & Jeezy, but apparently some ‘big name’ New York artists will show out along with other BSB Records artists. Stay tuned for the tracklist for the album, which should presumably drop soon.