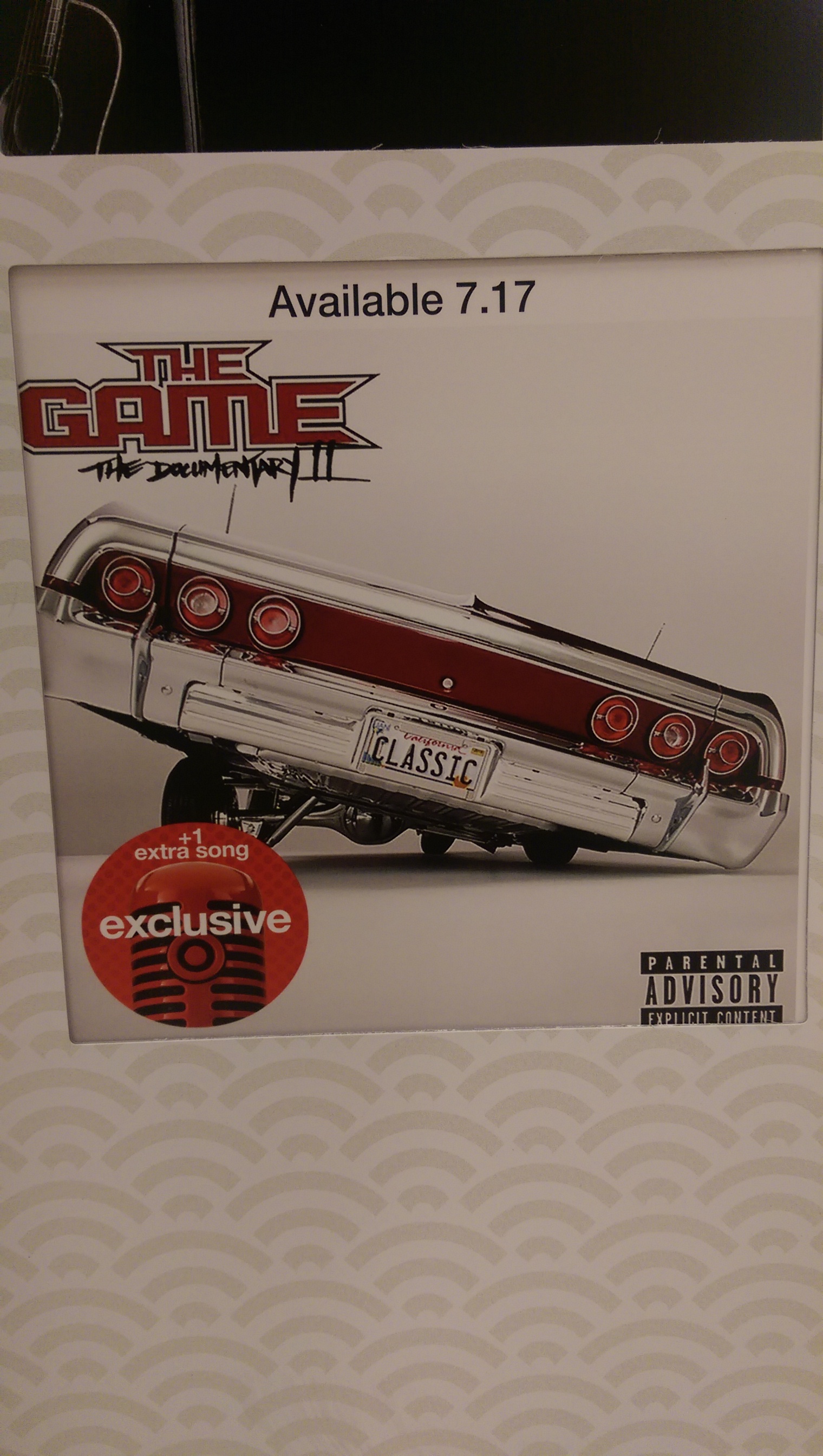 While strolling down Target with my girlfriend today, I made my usual trip to the CD section and while I was in the section, I noticed that Target was promoting The Game‘s new album Documentary 2, which is set to drop on August 28 now (the date on display is false). The display had the album’s artwork on it, and you can peep the artwork above. There will also be a Target exclusive bonus track, so if you are a real fan, you’ll probably be picking it up from Target.

EDIT: The Game has unleashed another cover for his new album The Documentary 2, which is set to drop on September 25. It looks like that the cover Target has posted will either be a deluxe edition, or their own exclusive cover.

To my true fans: it's been really dope to have you ridin' with me the last 10 years from the 1st Documentary til now…. I appreciate your loyalty & the patience you have displayed while waiting for me to finish #TheDocumentary2 & I am proud to give you my album cover shot by legend photographer & director @JonathanMannion (who also shot my 1st album cover) & graphic designer @CeoSelfmade for collaborating with Jonathan to bring such a classic image of me on the bridge in my hood….Cedar Block Piru in westside Compton, California… Everything about the photo shoot made me feel the exact same way I did when we were there 10 years ago & trust me when I say…. This album is better than my 1st for more than a few reasons…. But you don't have to take my word for it because you will see for yourself when it drops SEPTEMBER 25TH 2015 !!!! After Kendrick dropped his album, then Dr. Dre dropped #Compton then the movie doing 100 million after just 2 weeks….. This album will add to my cities continuous legacy !!!! I'm proud to be from #COMPTON & I wish #EazyE was alive to see us flourish yet again…… We on !!! This album cover represents the struggle to stay alive in a city where CRIPS & BLOODS have been at war since 1972 & it's because of you "THE FANS" I will again get to give you my documented accounts of life here in Los Angeles …. SEPTEMBER 25TH history will be made again #TheDocumentary2