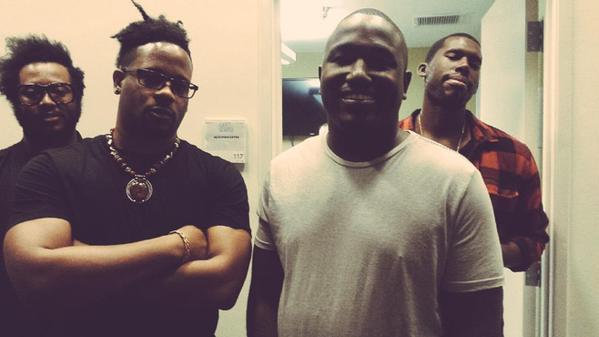 I actually meant to DVR this episode but it slipped my mind amidst all the festivities I was planning for. Well, that’s enough about me. On Hannibal Burress’ new, under-advertised new Comedy Central show, he had his old college buddy Open Mike Eagle on the show to perform. Mike brought along Thundercat to look awesome and play some bass and even Flying Lotus came by and DJed. If the show becomes known for one thing, it can definitely be for having the best music guests on a show since Dave Chappelle. Watch the first performance of the show as Mike performed “Ziggy Starfish (Anti-Anxiety Raps)”